What is Obstructive Sleep Apnea

Obstructive Sleep Apnea affects approximately 18 million adults in the United States. OSA differs from snoring because of the duration that oxygen is cut off from the brain and body. In essence, the person is suffocating. This suffocating lasts a minimum of 10 seconds and can last up to a full minute, in severe Sleep Apnea. OSA is caused by the repeated collapse of the soft tissue in a person's throat and blocks the airway during sleep. This is when the oxygen stops going to the brain as well as the rest of the body. As oxygen levels decrease, Carbon Dioxide levels increase which cause an increase in the effort to breath. Eventually the sleeper wakes, loudly gasping for air. After several large gasps for air the oxygen level returns to normal and the person falls back to sleep, only to repeat this cycle again. This cycle can occur hundreds of times per night. This continual drop in oxygen levels can lead to cardiovascular problems over the long term.

A less common form of Sleep Apnea is called Central Sleep Apnea (CSA) which occurs when respiratory centers in the brain fail to send the necessary messages to initiate breathing. Although the airway isn't blocked, the diaphragm and chest muscles stop moving. Before deciding on treatment for CSA, it is important to establish the cause. A thorough evaluation, including a sleep study, is warranted. Fortunately, this form of sleep apnea is not common.

Untreated, OSA can have serious consequences. The relentless Daytime Fatigue that often results may lead t failed careers, broken marriages and automobile and workplace Accidents. It can even be Life-Threatening, leading to the development of hypertension, heart failure and stroke. (A 2005 New England Journal of Medicine study found that Sleep Apnea doubles a person's risk of Stroke over a seven year period)

When your sleep is disturbed by Snoring and Occlusal Sleep Apnea, many problems can occur. Decreased blood flow to the brain and body can lead to :

If you have an interrupted nights sleep, due to Snoring and Sleep Apnea, you may be very sleepy and tired throughout the next day. Your cognitive ability is greatly decreased and you may fall asleep to the wheel of a car. Pilots and truck drivers have to be aware of their inability to get a good night's sleep also. Driving tired is just as dangerous as driving while intoxicated.

If you are tired, you will not be able to function to the best of your ability in any capacity.

Obstructive Sleep Apnea is diagnosed by taking a Polysomnogram ( PSG), which is an overnight sleep study at a sleep study center. The patient also has the option of taking a sleep study in their own home with a portable or mobile sleep study device.

There are only two recommended treatments, from the American Academy of Sleep Medicine, for Obstructive Sleep Apnea. The first is a CPAP (Continuous Positive Airway Pressure) and
It utilizes a small compressor to force air into the airway to keep the proper oxygenation level. The CPAP is used for patients with Severe Occlusal Sleep Apnea.

The second recommendation is an Oral Appliance (OA) which is custom made by a Dentist for each individual patient. It's worn at bedtime and is used for Snoring and Mild to Moderate Sleep Apnea. People who are intolerant to a CPAP can have an Oral Appliance made to open the airway during sleep.

Other Behavioral Changes which may help: 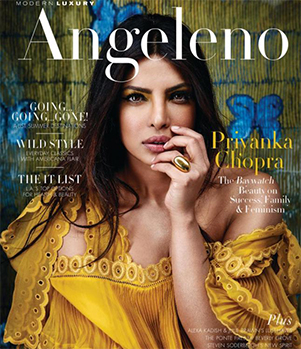 "I have sleep apnea and understand your frustrations day-to-day."

Dr. Barrett is a member of:

Dr. Kevin Barrett is a graduate of The University of Southern California School of Dentistry. He completed his undergraduate education at U.C.L.A. Dr. Barrett stays committed to excellence in dentistry and strives to remain at the top of his profession.
Learn More Here >>